Kerala doesn’t fail to surprise. This favourite destination of all is making sure that it houses the best of treats for all. Be it man-made or natural. The recent inauguration of Jatayu Nature Park is yet again a testimony of that. Named after a mythical bird, this park promotes tourism, adventure and mythology. As the name itself proposes, it has the statue of Jatayu.

It is a public-private ownership and was developed by Malyalam film director, Rajiv Aanchal. It is based on a compelling rock named Jatayupara. It is 150 feet wide, 200 feet long and 70 feet. This is the thing that makes it the biggest utilitarian feathered creature structure on the planet. It has also secured a place for itself in Guinness Book of World Records. 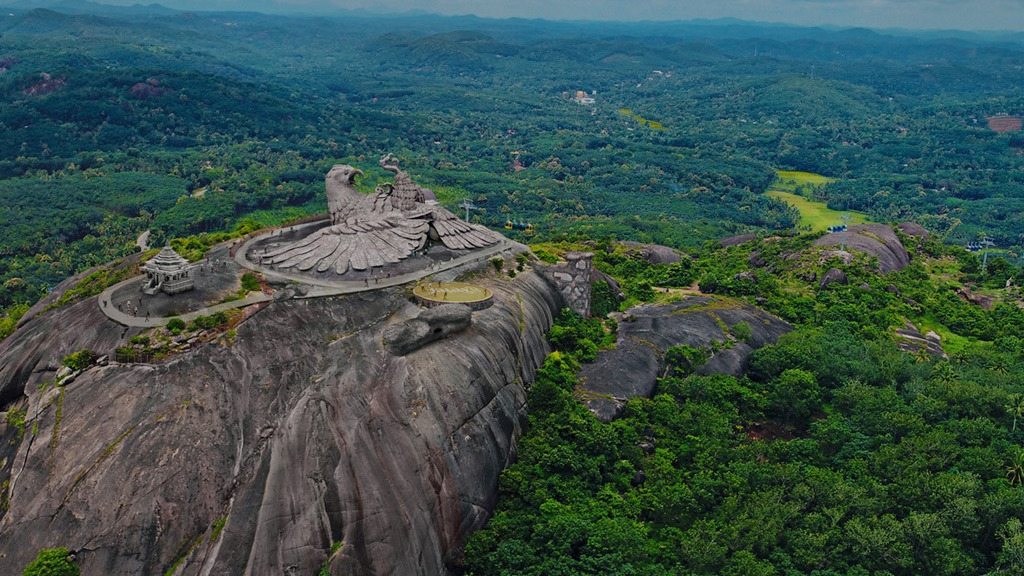 Where is it Situated

Jatayu, the travel industry’s latest venture is situated at Jatayupara close Chadayamangalam town in Kollam, Kerala. The closest airport from here is Trivandrum, which is just 50 km far from Jatayu.