Kerala Tourism has won the honour for world’s Best in Responsible Tourism classification at the World Travel Market (WTM) 2018 held at London. Kerala Tourism is getting this lofty honour for the second back to back year for its impeccable travel industry activities. Mr. Kadakampally Surendran, Minister for Tourism, Kerala and Ms. Rani George IAS, Secretary, got the honour at WTM. 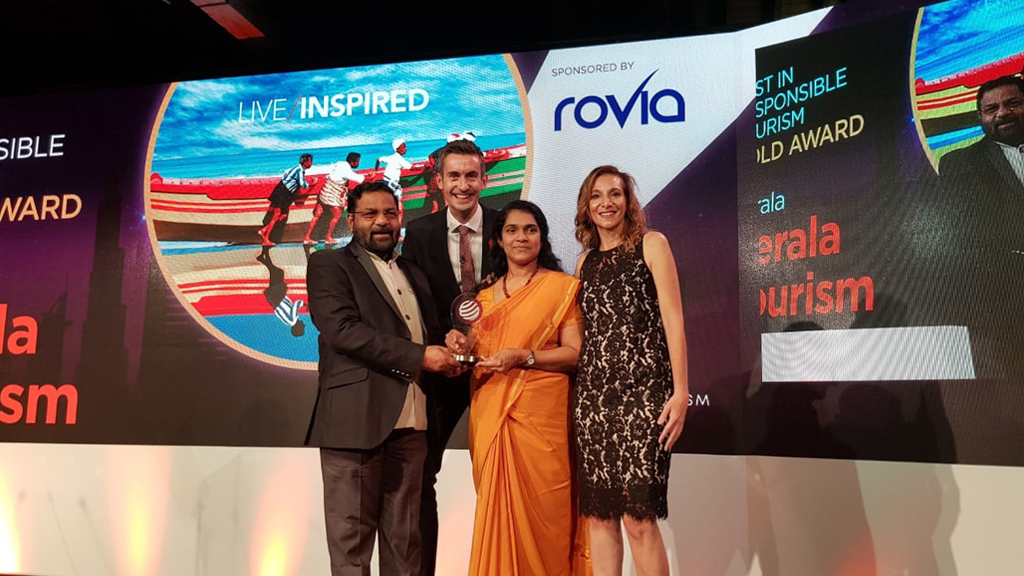 Exercises led in the course of the last one year are what earned RT the WTM grant. Mr. Kadampally Surendran, Minister for Tourism, Kerala stated, “RT Kerala got this honour for its drives that help the nearby networks and RT should be acknowledged for this”.

“This honor demonstrates that the activities of RT Mission are by and large effectively actualized in various parts of the State and subsequently are increasing universal awards”, said Ms. Rani George IAS, Secretary, Kerala Tourism.